As we prepare for Labor Day weekend in El Paso, we’re pulling out all the stops to make the 2017 edition of Sun City Music Festival one never to forget. Three desert stages will be ablaze with the sizzling hot sounds coming off our complete lineup. Topping off day one, we have a headlining performance from none other than mysterious hitmaker, Marshmello, returning for the start of a new chapter. Buy SCMF festival passes now!

Marshmello’s Best of Class in 2017 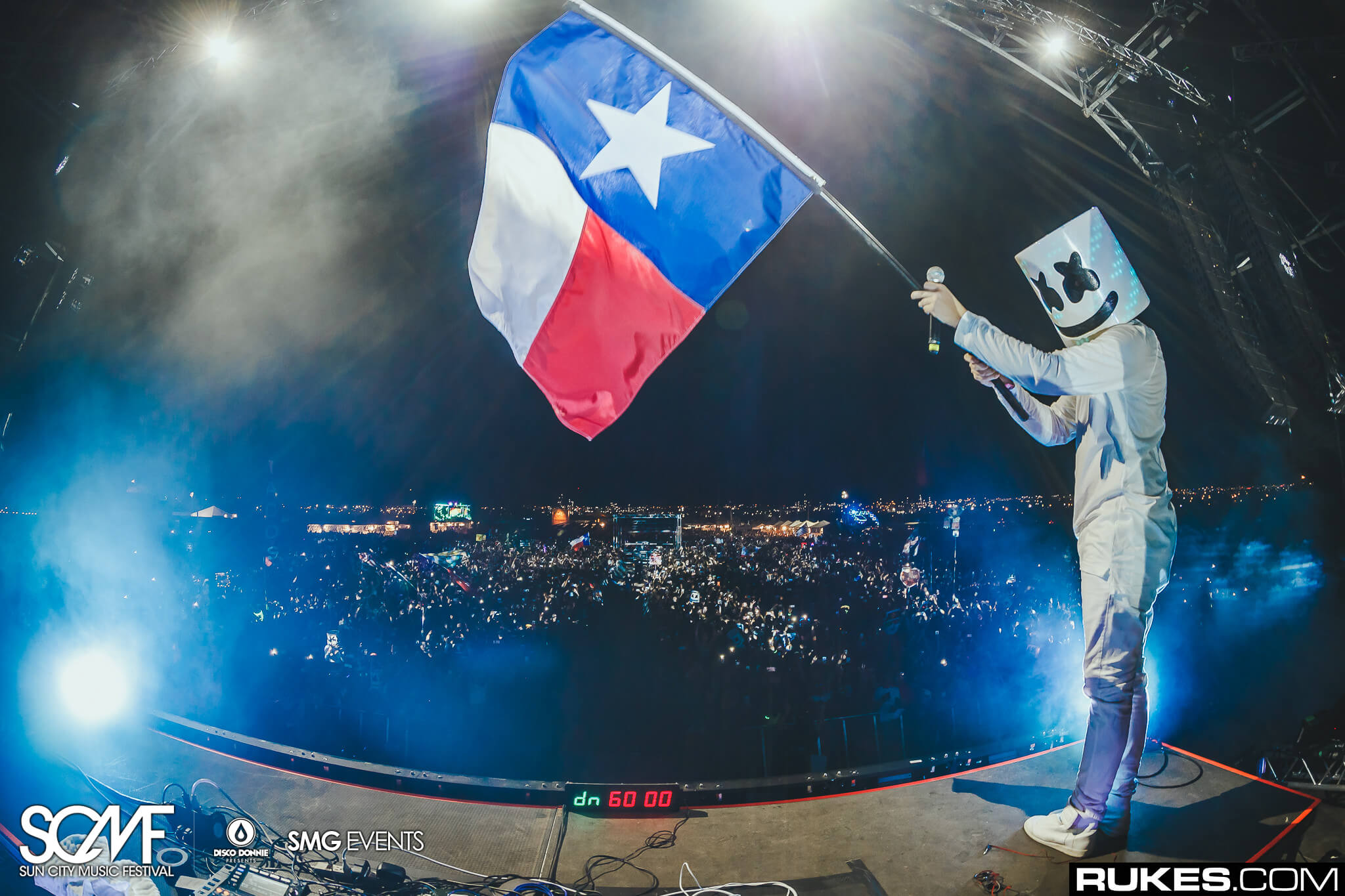 The secretive, candy-coated producer burst onto the scene remixing songs by Jack Ü and Zedd, later collaborating with fellow Sun City comrades Ookay and Slushii. Since his original track “Alone” charted on the US Billboard Hot 100, we now get a taste of his latest future bass bombs with “Move On.”

The ‘mello gang leader’s latest single sees him graduate to headliner status, bringing his feel-good vibes front and center. Inspired by the larger than life personas of other masked DJs, Marshmello’s signature sound is carried through the cutesy, forward-thinking anthem. Catch a live set from Marshmello to close out the show on Saturday night, September 2nd, on the main stage!